The Columbia Taekwondo team is part of the Eastern Collegiate Taekwondo Conference (ECTC), a league consisting of approximately 20 schools and which holds 5 tournaments every academic year. The team has placed first several times in its division. The club has also been an active part of campus by performing demonstrations for numerous organizations and events.

The club has had the privilege of being instructed by our primary instructor, Master Lim, and several assistant instructors, who have played a vital part in the development of the club. All have incredible credentials and have participated and won tournaments locally, nationally, and internationally.

Master Paul Youn Sang Lim was born April 26, 1969 in Seoul, South Korea, and is a second-generation Taekwondo Master. He began his Taekwondo training in Korea at the age 5. His family moved to Kansas when he was 7, where he continued his training under his father, Master Seung Hae Lim. Master Lim continued to live in Kansas until he entered Boston University, graduating in 1992. He has been an integral part of West Side Taekwondo since 1993. Master Lim is also director and head instructor for Columbia University Taekwondo club since 2014. 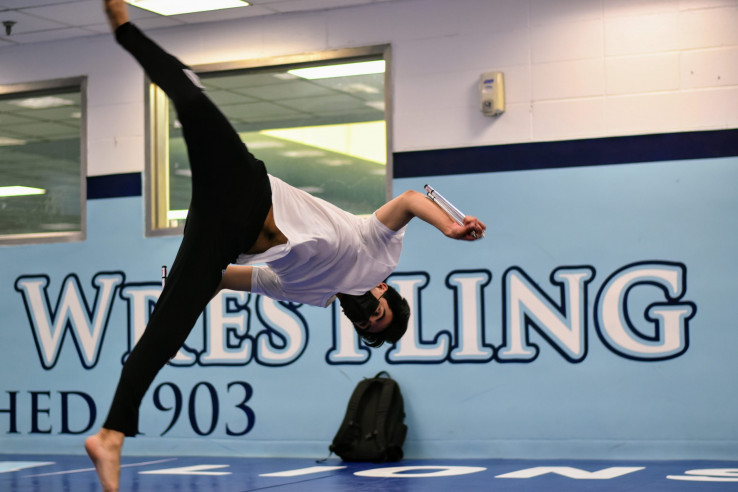 Columbia Tae Kwon Do was the first martial arts club at Columbia University, founded in the early 1980s by Grandmaster B.M. Lee. Initially the club consisted of 8 black belts, and over the years it has grown to be one of the largest clubs at Columbia. In 2014, the club made a transition and partnered with Westside Taekwondo. Practices are now run by Master Lim along with several assistant instructors.

The Columbia Tae Kwon Do Club is run by an ever-changing body of students. This section of the website endeavors to honor some of those members that have carried the club to its current prestige, and to allow new members to see and appreciate our proud history of outstanding club alumni. We thank you all for your effort and hard work.